A project in Sukhomajri, North India provides irrigation water from a small run-off pond in exchange for better environmental management. Landless families used the pond’s catchment area for grazing which led to soil erosion and siltation. By 1975, 65% of the pond was filled with silt.[1]

The Ford Foundation and Central Soil and Water Conservation Research and Training Institute (CSWCRTI) provided support to construct dams and establish soil conservation practices, such as ‎planting Khair (Acacia catechu) and Shisham (Dalbergia sissoo) trees and building trenches. Villagers also proposed that landless families receive rights to irrigation water in exchange for eliminating grazing in that area. Forest areas were covered with grass within 10 to 15 years and grass production more than doubled in the same period from 3.82 t/ha to 7.72 t/ha. A Water Users Association was established in 1982, charged with collecting fees for water usage (Rs.16 per hour, or US$0.25) and looking after the land management practices. Sukhomajri was the first village in India to have tax levied on the income it earns from the ecological regeneration of its degraded watershed. The village saw improvements in its economy, and as a result of better irrigation, yields of wheat increased by more than 50% from 1977 – 1986 and from 0.68 t/ha to 1.43 t/ha between 1975 and 2008. The number of trees increased from 64 per hectare in 1980 to 415 per hectare in 1992. As the village prospered, women joined together to help each other financially. They obtained loans from the Water Users Association at a 2% interest rate to start a business or address other needs.

However, problems arose as a result of the success of the project. As the land generated more wealth individuals from the higher-caste neighbouring village of Dhamala sought rights over the improved land, leading to prolonged struggles between farmers from Sukhomajri, Dhamala and the Forest Department.  Although Sukomajri regenerated the forest, the Forest Department has refused to give more than 25% of timber generated to the community. Furthermore, the Forest Department divided the regenerated forest with Dhamala, creating a sense of injustice in Sukhomajri and heightened social tension between the villages.[2]

"In-depth national studies on #land, #climate, #energy, agriculture and development in the 11 Sahel countries show how manifold potentials of the region could be better harnessed." Read more: mamopanel.org/news/in-the-ne… 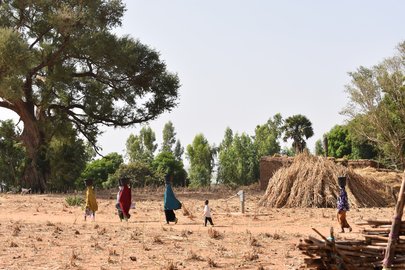